Are you sure you want to reset the form?

Your mail has been sent successfully

Are you sure you want to remove the alert?

Your session is about to expire! You will be logged out in

Bloomsbury Encyclopedia of Popular Music of the World

The Bloomsbury Encyclopedia of Popular Music of the World, over 20 years in the making, is a landmark reference work in its field, edited by John Shepherd, David Horn and Dave Laing. When complete, it will comprise 14 volumes. Contributions are authored by top scholars and experts from around the world, and include extensive discographies and bibliographies.

Part Three: Genres contain entries on the genres of music that have been or currently are popular in countries and communities all over the world, with discussions of their cultural, historical and geographic origins, and formal musical characteristics. These volumes are organised by geographic regions, as follows: 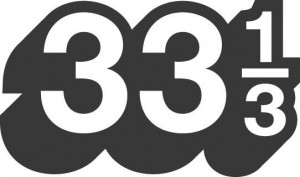 33 1/3 is a series of short books about popular music, focusing on individual albums by artists ranging from James Brown to Neutral Milk Hotel. Each album covered in the series occupies a specific place in music history, so each book-length treatment takes an individualized approach. 33 1/3 is widely acclaimed by fans, musicians, and scholars alike.

The Global 33 1/3 Series takes the 33 1/3 format of short, album-based books, and brings the focus to music throughout the world. With initial volumes focusing on Japanese and Brazilian music, the series will also include volumes on the popular music of Australia/Oceania, Europe, Africa, the Middle East, and more.