Are you sure you want to reset the form?

Your mail has been sent successfully

Are you sure you want to remove the alert?

Your session is about to expire! You will be logged out in

Musical countercultures have sprung up across the world throughout the 20th and 21st centuries, prevailing as an expression of societal subcultures and anti-establishment movements, and as a sonic rebellion against the dominant musical genres which embody the status quo in their particular moment.

Discover countercultures throughout the modern era as explored by a range of international authors on Bloomsbury Popular Music: 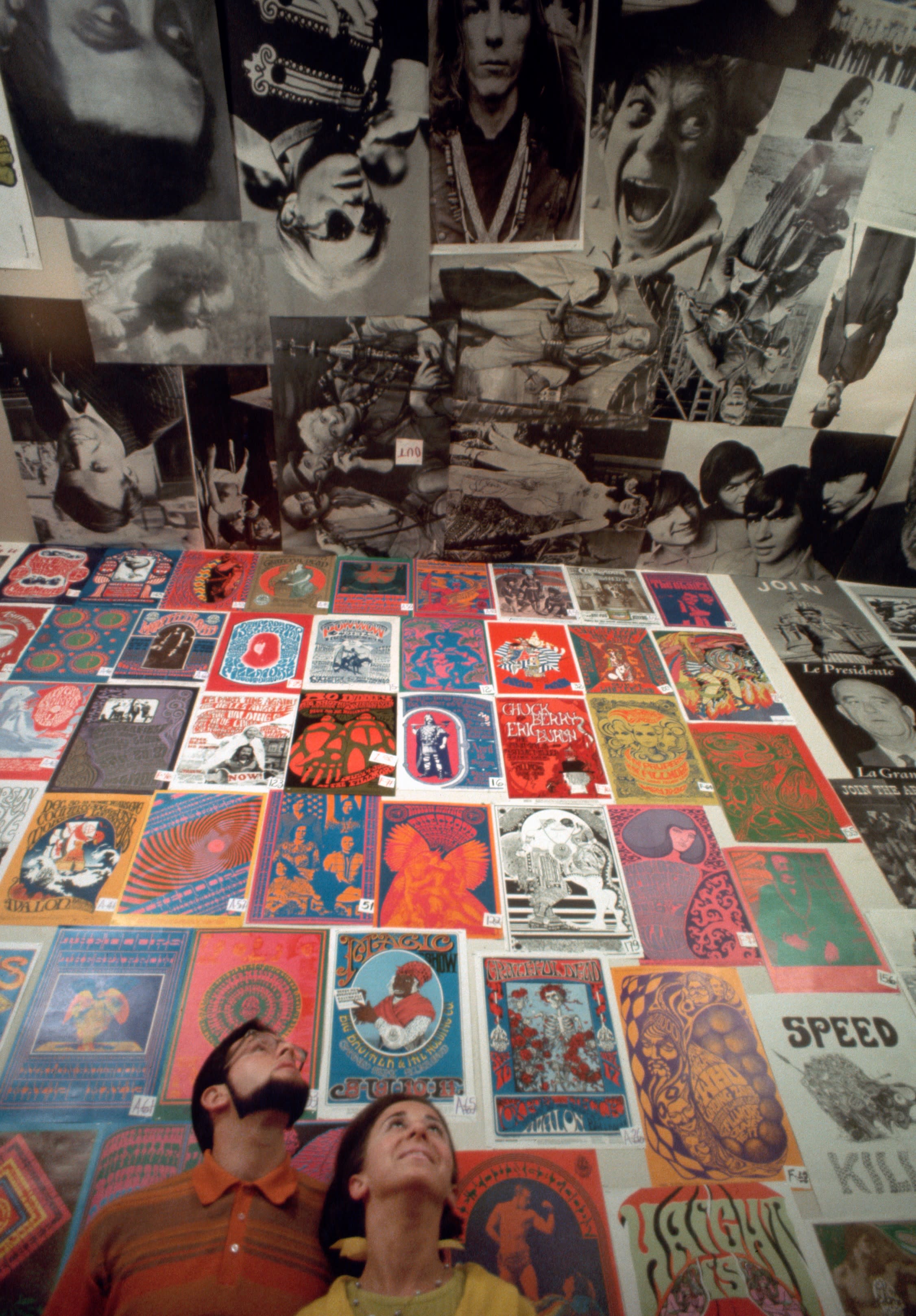 In his chapter on the politics of novelty in the 1960s, Peter Dale explores the legacy of the era’s political activism and the true countercultural contribution of its rock music. He examines the impact of reductive secondary interpretations of a singular ‘Sixties’, and the potency of the peace movement and political significance of rock having been amplified.

Psychedelic spirituality and the use of drugs underpinned the sounds and counterculture of the 60s. LSD and marijuana in particular were associated with hippiedom at a time when there was an ‘easy confluence between Indian spirituality and drugs’. Read more about psychedelia and spirituality in the context of the creative process, from the influence of Ravi Shankar and transcendental meditation on The Beatles, to the relationship between drug use for ‘mind expansion’ and the creation of psychedelic soundtracks for counterculture films. 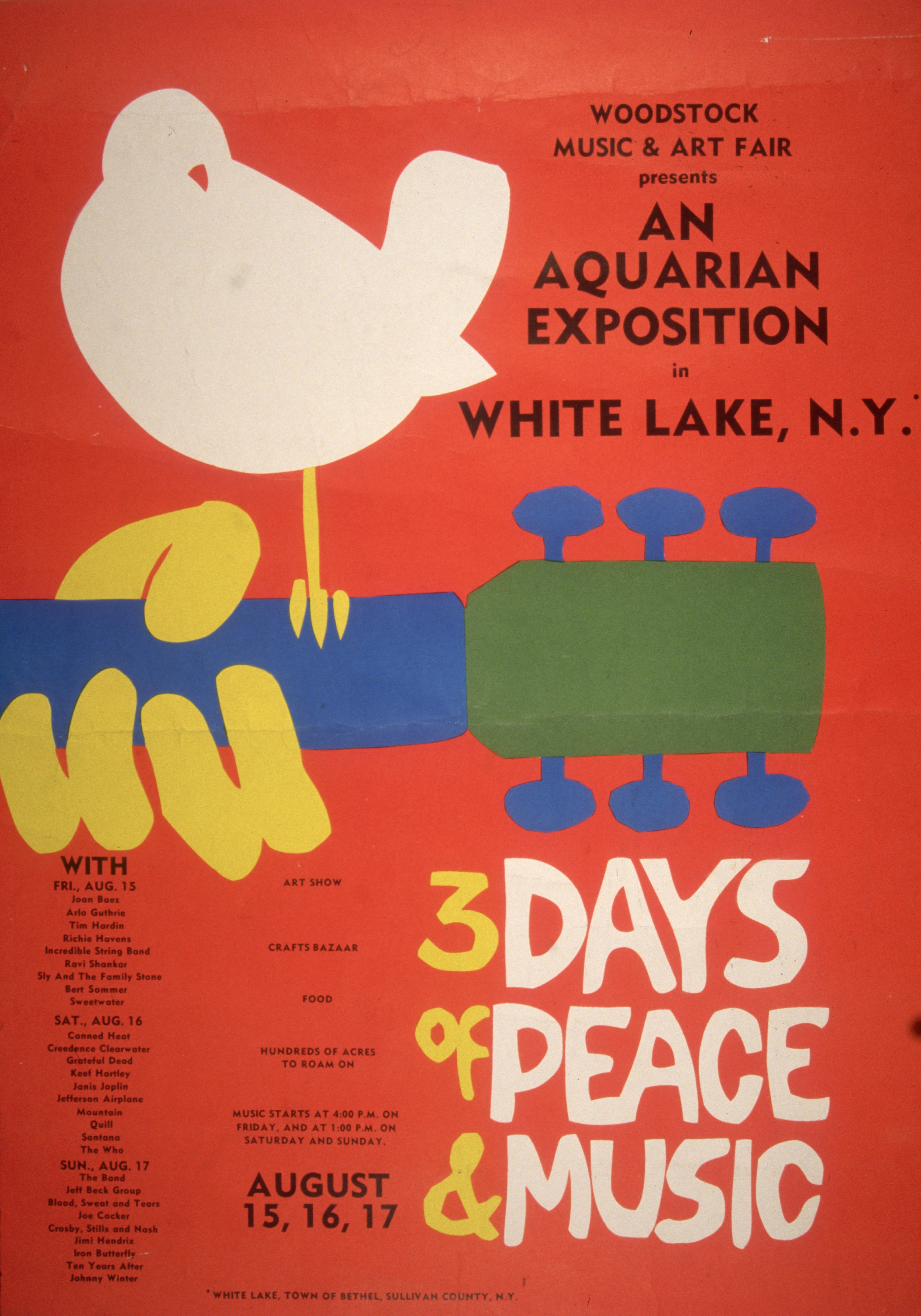 This iconic music and arts festival held in August 1969 has come to symbolize the ultimate expression of 60s counterculture, with its legendary performances and socio-political, activist ambitions. Read more about how it was characterized as both 'the zenith and nadir of festivals', by some as 'three days of rain and mud, with insufficient food and inadequate sanitation' but for others a shorthand for 'utopian bliss, for peaceful coexistence, and for the power of music to unify a population'.

While depictions of the festival on screen helped to mediate collective perception by playing down the commercial side of the event and mythologizing its countercultural impact and 'aura', one artist of the time for whom the Woodstock vision of free love and revolution had its limitations was Joni Mitchell. Discover how the pointed lyrics in her song, Blue sought to puncture "Woodstock’s hazy, under-conceptualized dreams of what the counterculture might achieve". 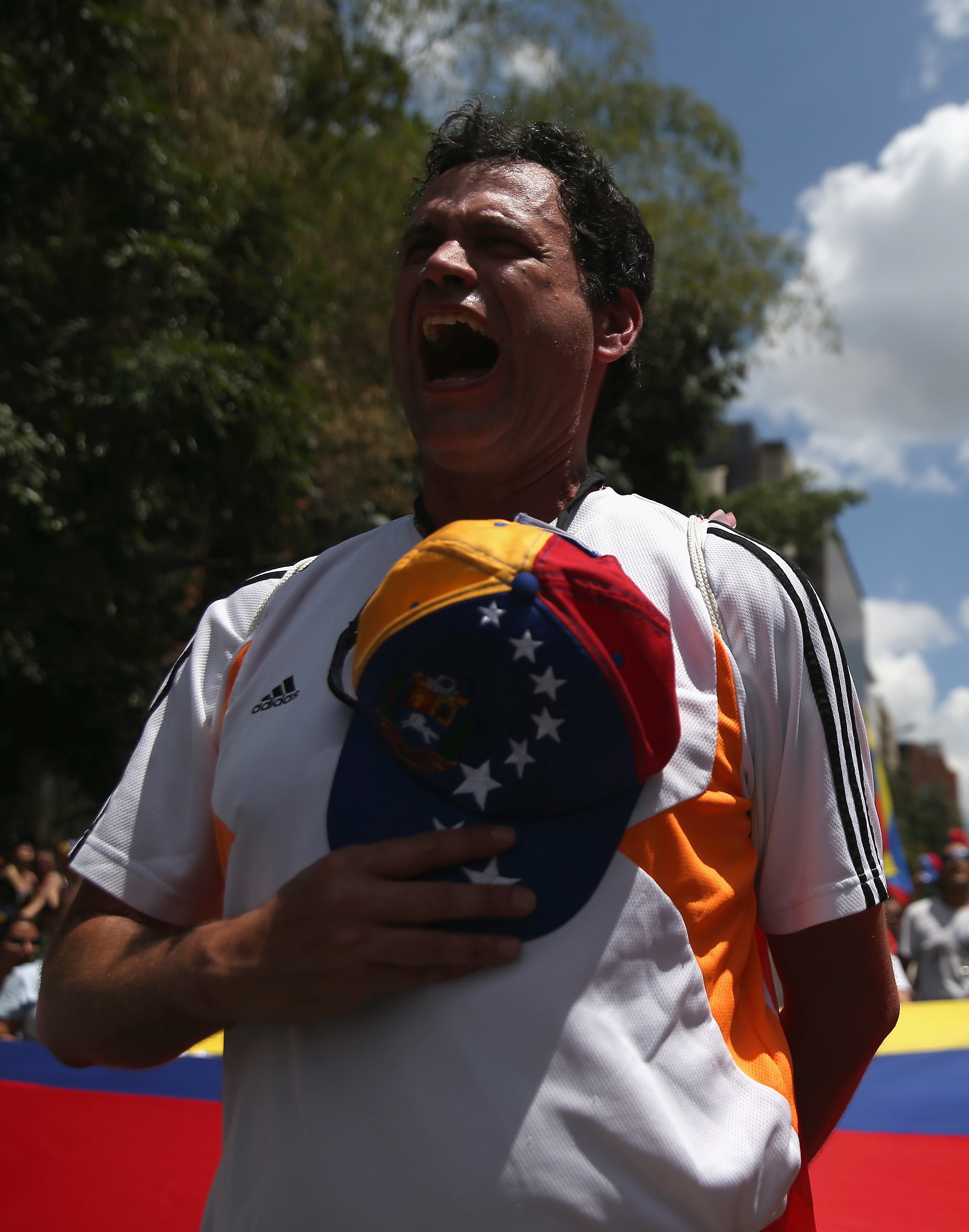 In South America, the canción de protesta or ‘protest song’, denotes a song with a political and ideological message or with a marked social criticism, usually expressed through its lyrics. The canción de protesta first appeared in Venezuela’s popular music in the mid-1960s, within the context of the global countercultural media explosion, and the centre of its activity was based in the country’s universities where concerts, rallies and marches took place.

It was a music trend similar to that of the nueva canción latinoamericana in other countries such as Chile, where 'Rock andino' was also emerging in the late 60s and early 70s as an expression of youth counterculture in combination with the movement nueva canción chilena which employed marginalized music from the Andes. One of the canción de protesta genre’s most prominent musicians was Alí Primera, who was a national political activist and expressed the idea that he was not only a singer of the political left, but a singer for all poor people.

Read about the fine line between the canción de protesta and propaganda which came to develop in the genre’s ‘second period’ from 1999 onwards, as it came to be adopted by Venezuela’s president Hugo Chávez as the sound of the 'Bolivarian revolution' and manipulated in the hands of the regime as a mass-gathering device for left-wing political propaganda. 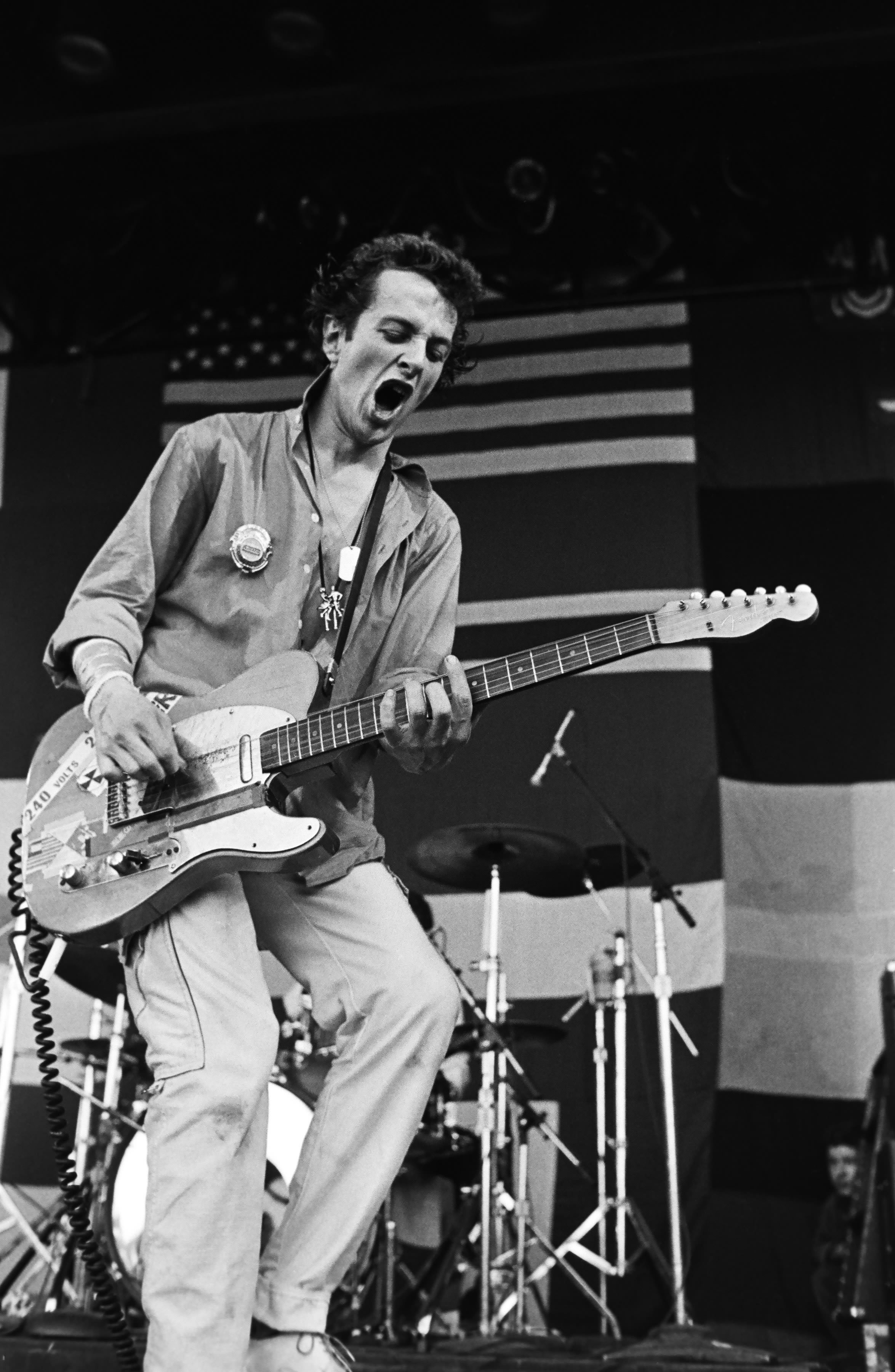 Punk as a cultural genre first emerged back in 1976 and 1977, and as author Kevin C. Dunn outlines, over the years it has become a global force that constructs oppositional identities, empowers local communities, and challenges corporate-led processes of globalization.

A key characteristic of punk music was its chaotic, dissonant assault on the established norms of rock’n’roll from the likes of the Sex Pistols, The Ramones, and Siouxsie and the Banshies; shared rejection of fashion norms was also an important aspect of punk counterculture.

In Global Punk, read about how a deeper understanding of punk means recognizing its multifaceted character as a set of social practices, with punks rejecting 'sanitized' popular culture and creating their own cultural products. Adoption of the national idiom and the founding of independent labels was an important part of this DIY ethos, for example in Europe, punk was sung in native languages and organized by local scene.

Despite its overprotective 'gatekeepers' and punk participants’ tendency towards hyperbole, punk’s rejection of passive consumerism and reflection of the working-class, artistic, and nihilistic attitudes felt by young people can be seen to have 'created the opportunity for political empowerment and resistance in people’s everyday lives', beyond the parameters of 'high politics'. 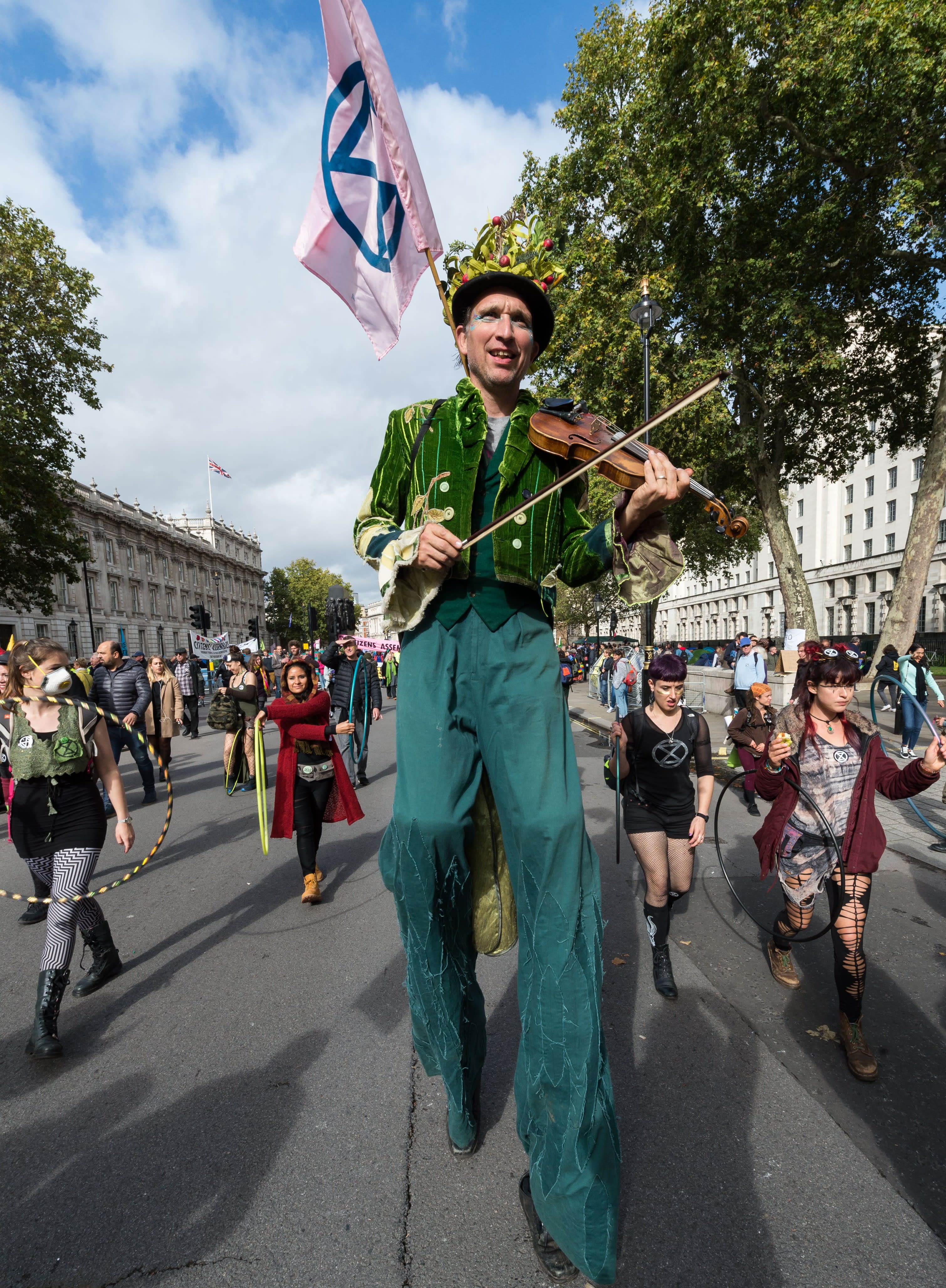 Protestivals in the 21st century

Campaigning political practice within the last three decades has taken on a renewed carnivalesque atmosphere, with contemporary protests reminiscent of the festal demonstrations of 60s counterculture. Creative, diverse performances have been at the forefront of festival-style Climate Camps, Extinction Rebellion roadblocks, or the Occupy movement with its pop-up tents in urban financial centres. These collectives have drawn on rebellious festival or event culture in what author George McKay describes as 'celebratory confirmation of the demand for social alternatives'.

Discover his exploration of ‘Protestivals’ and their role as a creative response to the traditional political rituals of the left, with marches from point A to point B and speeches along the way. He delves into the concept of protestivals as experimental ‘cultural heterotopias’ providing alternative possibilities to the status quo, while exploring their countercultural value from the view of cultural critics – are they truly an ‘instrument of political opposition’ or merely a temporary 'ritual of rebellion'? 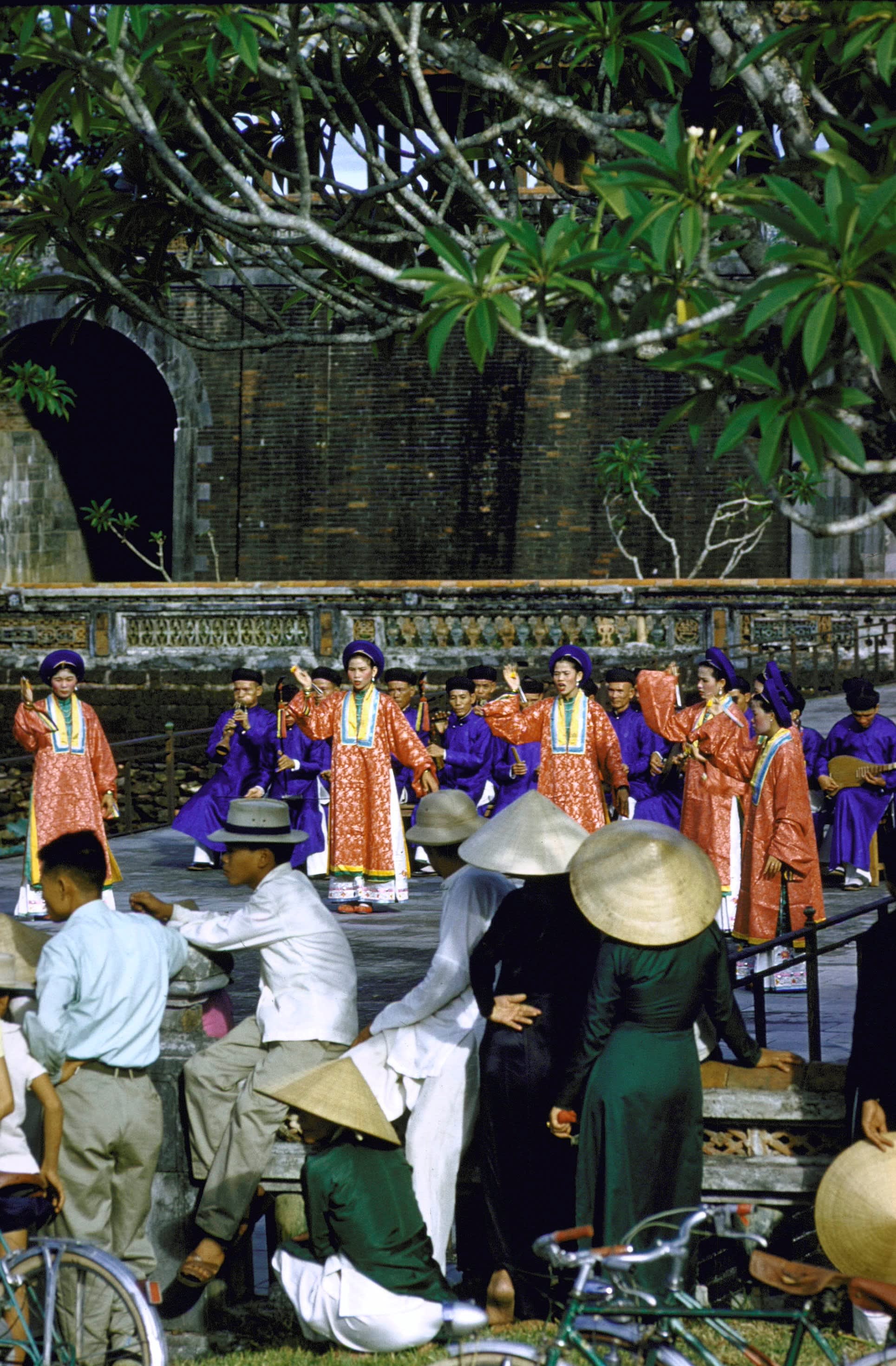 The music of Vietnam is influenced by both Chinese and South Asian elements. Prior to colonization, popular music entertainments included musical theatre with origins in Chinese opera, folk theatre and chamber music, as well regional folk song styles. After colonization by the French in the nineteenth century, Western melodies and instruments such as the guitar grew in popularity.

In the years following the nation’s division in 1954, government in the communist North controlled everything from musical training to broadcast while in nationalist South Vietnam, popular music was largely left to the free market, with an influx of US troops and money. More widely, US involvement in the Vietnam War which followed was an enduring influence on western artists including Bruce Springsteen and The Clash.

Following post-war reunification, the communist victors sought to ban and confiscate all cultural vestiges of the former southern regime. Many singers and songwriters fled Vietnam, moving primarily to France, Australia and the United States. By the mid-1980s Vietnam’s government began to relax its control on culture, with tea rooms and karaoke establishments spread through the city of Hô Chi Minh.

Since the late 1990s, some Vietnamese commentators have expressed concern about the influence and popularity of overseas Vietnamese music, Hong Kong music, US music and, more recently, Thai music on the marketplace. In contrast, however, to many years of hostility between the Vietnamese diaspora and those residing in Vietnam following 1975, there has generally been a growing interaction between the native and diaspora musics and music industries. 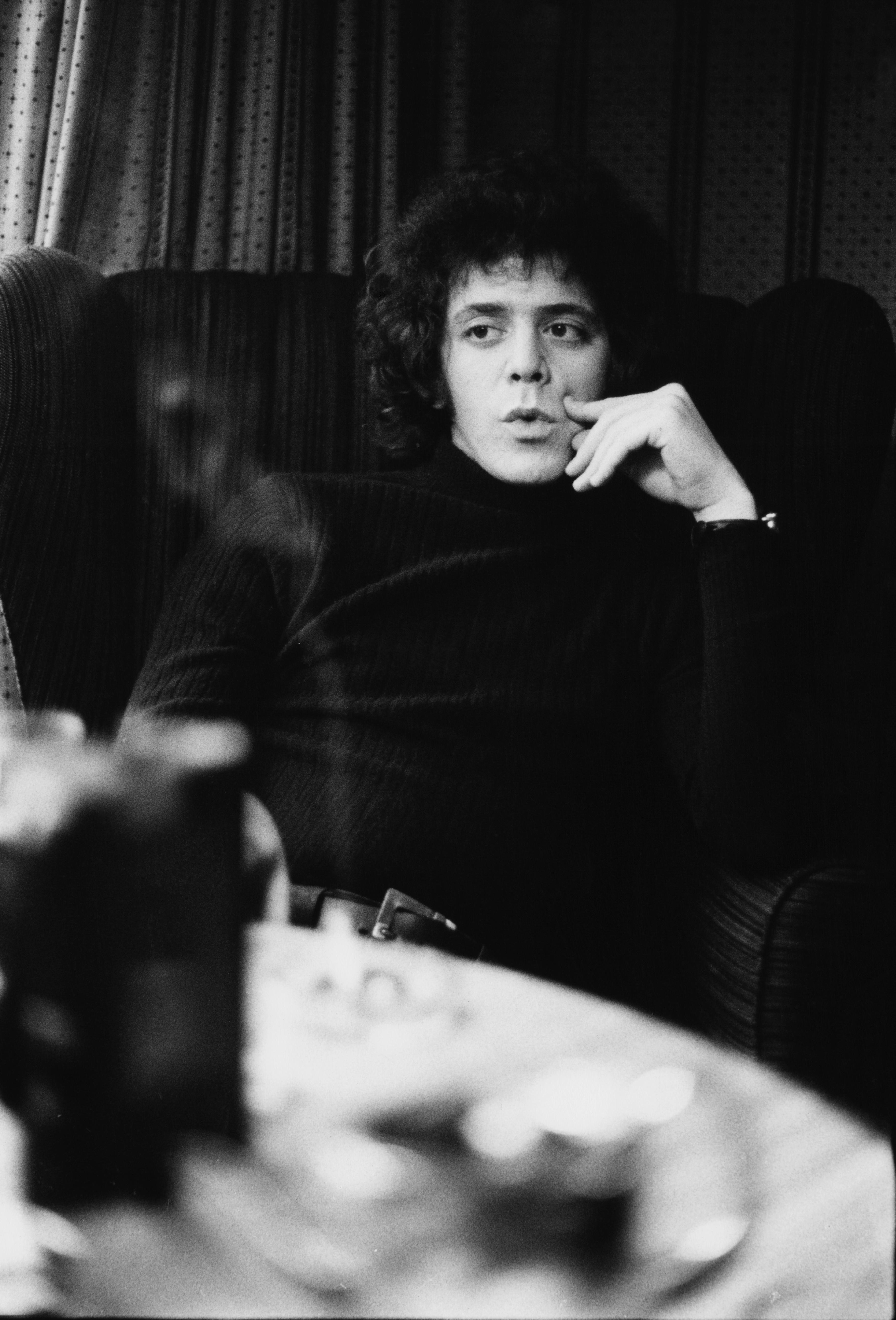 Artist in focus: The Velvet Underground

The Velvet Underground are seen by many as one of the most influential rock groups of all time, despite a lack of commercial success during their years as a band in the mid-late 1960s. Their avant-garde style of rock 'rejected the creative status quo of the time', and sought to 'mould the perverse, the brutal and the beautiful into art'. Lou Reed and John Cale combined complex musical techniques from other genres such as jazz and classical with controversial lyrics about subjects such as drugs, sexual deviance, and prostitution.

Their music was built on drones and distortions, and was pioneering in its unashamedly experimental tone, blurring the boundary between the avante-garde and pop with significant cross-pollination from beat generation lyrical imagery and minimalist classical composers such as La Monte Young and Steve Reich.

Celebrity visual artist Andy Warhol became the group’s manager in 1965, having decided they were the perfect house band to provide music for his multimedia pop art shows 'The Exploding Plastic Inevitable'. He created the famous 'banana' artwork for their album 'The Velvet Underground and Nico' and the avant-garde scene at his Silver Factory headquarters helped Lou Reed grow as a songwriter and musician.

Read more about their seminal album, 'The Velvet and Underground and Nico' in Joe Harvard’s 33 1/3 which explores its creation and lukewarm reception in 1967’s 'Summer of Love'. Harvard delves evocatively into the sounds of songs such as Heroin and Venus in Furs: 'Clear and cool at times, in some passages dark and murky; ebbing in certain places, then suddenly rushing forward as bubbling, boiling rapids in others, it always flows like water.'